"The attorneys at Boyd Law are confident and professional trial attorneys. I trusted them to protect my business and they exceeded all of my expectations."

A California, or more specifically a Los Angeles military divorce creates several unique legal issues, including the division of military retirement pay. If you or your spouse is in the military and are considering divorce, here is what you should know about the nonmilitary spouse’s rights to military retirement benefits following the divorce. 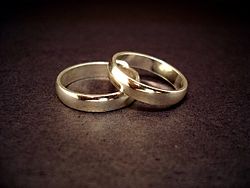 Although the military’s position on a divorce is that it is a matter best fit for civilian courts to adjudicate, the USFSPA has a separate jurisdiction requirement.

For a particular state court to have the authority to divide military property pay, the military spouse must: (1) be a legal resident of the state, (2) reside in the state for reasons other than military assignment, or (3) consent to the jurisdiction of the court. Simply being stationed in a state does not constitute residency. Additionally, consent to the court’s jurisdiction does not have to be expressed verbally. Consent can be satisfied by participating in some way in the legal proceeding, such as filing documents with the court.

The USFSPA also provides for the enforcement of court-ordered current alimony, current child support and child support arrears. The Los Angeles family law attorneys at Boyd Law can provide valuable information and context to all aspects of a military divorce. You can be assured that your military divorce will be handled as delicately and effectively as possible.

How Can We Help You?

* ALL FIELDS ARE REQUIRED

To protect you from COVID-19, we are offering a quick & easy remote intake process. Click here to learn more.